Proteins help you build muscle and give you power. But the only way to get the ultimate protein boost is by cleverly combining different proteins. Aramark nutritionist Hanna Abelein will reveal how you can get more out of less protein and why clever combinations of protein-rich foods are more successful.

Who is the protein power champion?

Do you know the dream team in the battle to become protein power champion? The winner is: Potatoes and eggs! Okay, that might sound like a boring loser team, but it really is the hidden champion of protein combinations. Second place on the podium goes to the milk and wheat team, closely followed by the egg and soy duo. Among the purely plant-based teams, it’s a combination of beans and corn that wins the trophy. But what makes these teams such successful suppliers of protein?

“The better a protein is at building up our body’s own protein, the more valuable it is,” explains Hanna Abelein, who works as Aramark’s nutritionist at Hufeland-Haus in Frankfurt. We need proteins to build our muscles, cells, enzymes and hormones. All proteins are made up of different building blocks, called amino acids. If a protein-rich foodstuff consists of the amino acid building blocks that are very similar to our body’s own proteins, the body can then quickly and efficiently build everything we need. 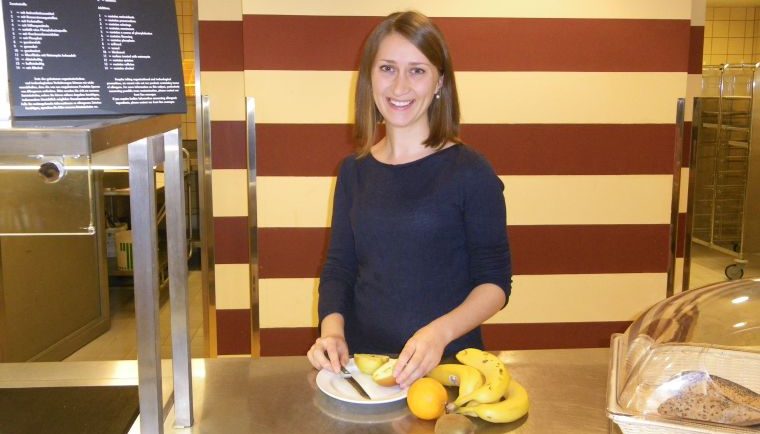 Nutrition expert Hanna compares protein supply to a construction site. If a central component is missing, the entire building process grinds to a halt. Proteins cannot be built if even just one essential amino acid is missing. Foods that are rich in protein but do not provide the crucial limiting amino acid cannot help building progress. The only thing that will help here is a food that provides what the other is missing. These are the protein dream teams. They complement each other perfectly and together they provide all we need to efficiently and quickly build up our protein power.

Incidentally, soy and quinoa are particularly beneficial plant proteins that contain well-balanced combinations of amino acids. And their proteins are easy to digest, so our bodies can absorb them very well. In comparison, grains from Germany contain very little lysine. That’s why it’s best to combine them with yellow corn, which is rich in lysine. Pulses and cheese can also fill the lysine gap left by grains. In turn, pulses are lacking in the amino acid methionine, which can be balanced out by combining them with grains, nuts or seeds.

Protein power on your plate

Hanna Abelein’s top tip: For optimum protein power, try eating scrambled eggs and potatoes or potato salad with egg more often. In the mornings, you could have a bowl of muesli with wheat flakes and milk, or pancakes made with soy flour and eggs. Bread and pasta with cheese also provide an increase in protein value.

For vegans, the nutritionist recommends a super protein bowl of colorful vegetables, beans and corn and topped with nuts, for example. Other excellent combinations include oats with soy milk or bread with hummus. And eating a slice of bread with a bowl of lentil stew is an easy way to increase your protein power.

Note: Since everyone’s health history and nutritional needs are so different, please make sure that you talk with your doctor and a registered dietitian to get advice about the diet and exercise plan that‘s right for you.